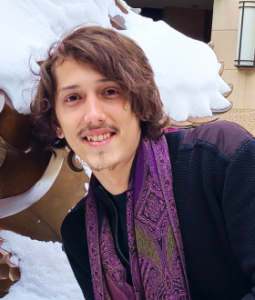 Life has taken a dramatic turn for Eric Learman in just a few short months. In May 2022, the 25-year-old Ocala, Florida, resident was attending community college and working at a local retailer. Previously, he had spent years working long hours in restaurants and on construction sites. He now spends his days enjoying the flexibility of working from home while earning a great income as an AAERT-certified digital court reporter.

“Enrolling in The Court Reporting Academy was a life-changing decision,” says Learman, who received a scholarship from The Court Reporting Academy. “I now have more freedom in my everyday life because I essentially work for myself. It is a wonderful feeling to be more financially independent and have time to pursue my hobbies. To have such a secure career that will set me up for a successful future is amazing for a young man like myself.”

Learman has had an interest in pursuing a career in the court system since he first served on a jury at age 18. He noted that getting to see firsthand how the entire system works was exciting, so he began exploring options to possibly become a clerk, court reporter, or lawyer. He credits the Academy with giving him the tools, experience, and confidence to enter what he once perceived as a “nerve-wracking job that was best left to professionals. Now I know that digital court reporting is an obtainable career that many people can learn and succeed at since you don’t have to type a million miles an hour.”

Learman says he was also nervous to take on a second study program while working and wrapping up his associates degree in history. However, he was able to complete the self-paced, instructor-led course outside of his normal schedule. “Everyone was extremely patient and helpful to make sure I succeeded in this environment,” says Learman, who credits the scholarship with being a huge help in actually getting into the program. “My instructors made sure I got the information I needed to not fall behind because of my regular school obligations. I never felt rushed, and I received constant reassurance and respectful feedback that I was on the right track and doing a great job.”

He praises his instructors, Pattie and Sara, for getting him well prepared to get out there and work in a job that once felt beyond his abilities. During the 8-week course, he learned how to run recording software, annotate speakers, take detailed notes, and officiate the proceedings. Learman said he also gained a clear focus on what digital court reporting is as a profession, how to find a job and be a successful independent contractor, and ways to handle himself in different situations, ranging from depositions to court hearings.

The camaraderie with the other Academy students was also hugely beneficial, he says. “Through many group sessions and calls, we were able to help each other succeed. It is not a competitive environment like other programs. We were all working together. Since it is such a fast-growing industry, we’ll all be getting jobs, so we were not in competition with each other.”

When he went on his first job shadow, he was surprised to discover how similar it was to the reporter course practice and mock sessions. “I literally felt like I was just completing another assignment. The Academy prepared me for the real world beyond belief,” he says.
One week after graduation, Learman took his first job swearing in witnesses through the VoiceScript reporter network, one of TCRA’s top sponsors. Soon after, he gained employment as an independent contractor with a court reporting agency and was running his own depositions. He is especially grateful for the ongoing support from the instructors and continued access to the Academy’s course content while transitioning into the work world.

“In my new role, I get constant contact from my scheduling team, and the flexibility to work when I can, or pick up more hours when I want to, is amazing. They always make sure I’m not too overwhelmed,” Learman says. “It was so scary at first, but once I sunk further into the opportunities, it has become easy to adopt the workflow and succeed in this career.” 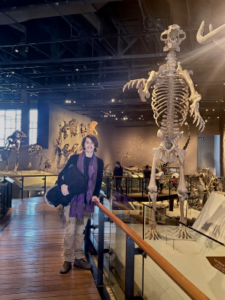 “The experience I am gaining in dealing with court proceedings and depositions will be a great asset if I decide to apply to law school,” he continued. “But, I plan to stay with this career path for a while. It will let me get closer to the process to see if this is where I want to go. This opportunity has opened the door for a wonderful career that I can choose to continue while in school and beyond, or I can always come back to it if I want to.”

“My passion for history, which coincides with a respect for the law system, has become my hobby, so I like spending time at museums. Otherwise, I spend much of my time outdoors in nature, especially at the marvelous fresh water springs all around the area I reside.” – Eric Learman, scholarship recipient graduate of The Court Reporting Academy.

“The Academy came into my life at a great time. It has helped career-wise right now, but it can also expand exponentially in the future if I decide to continue in the legal field.”